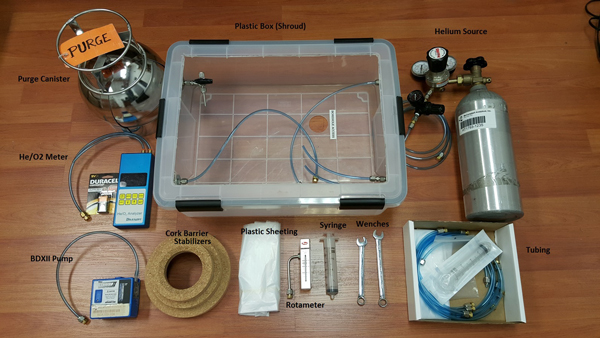 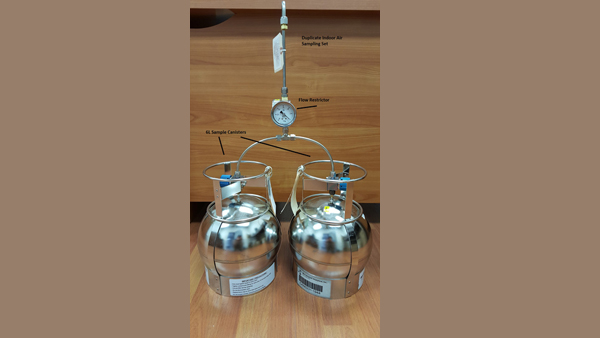 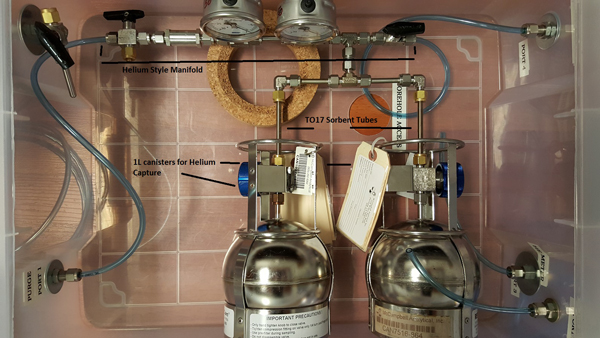 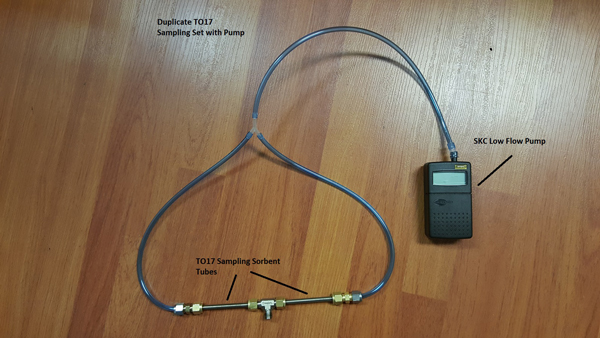 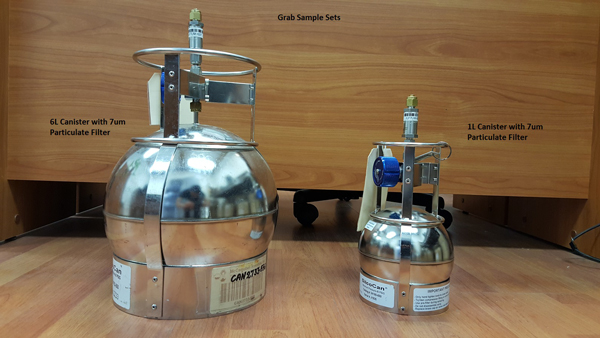 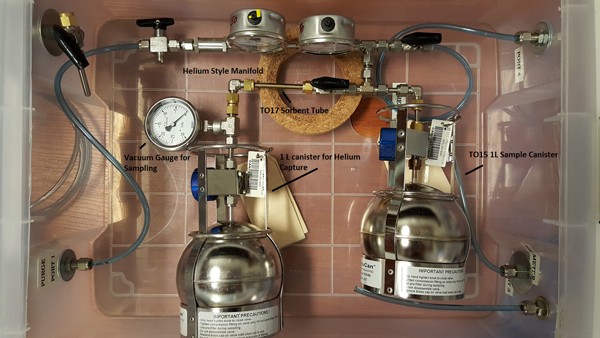 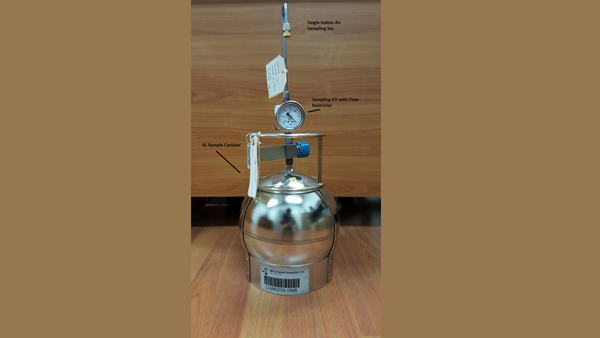 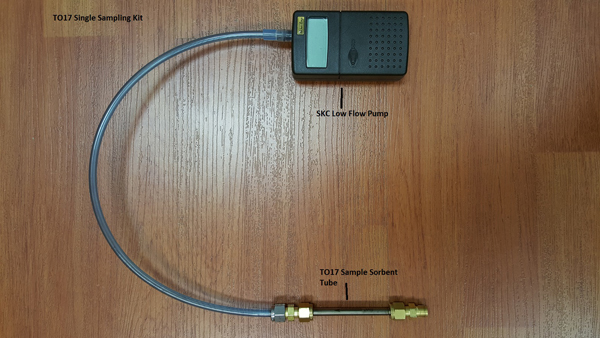 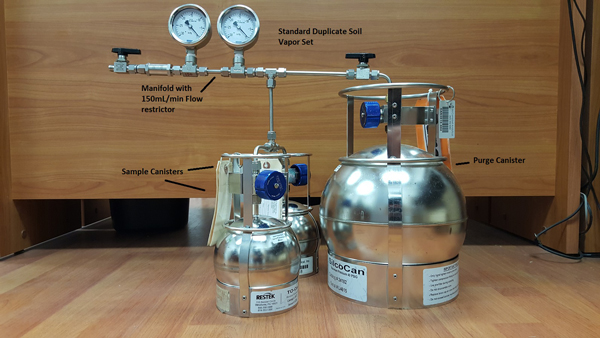 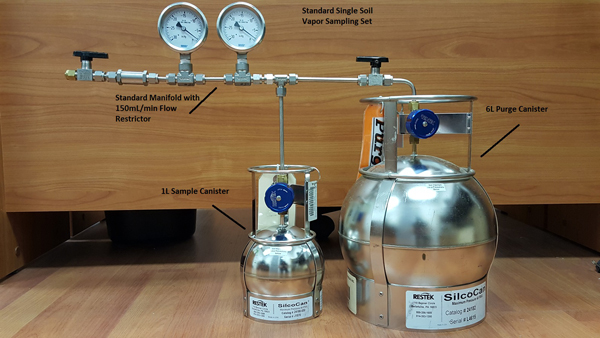 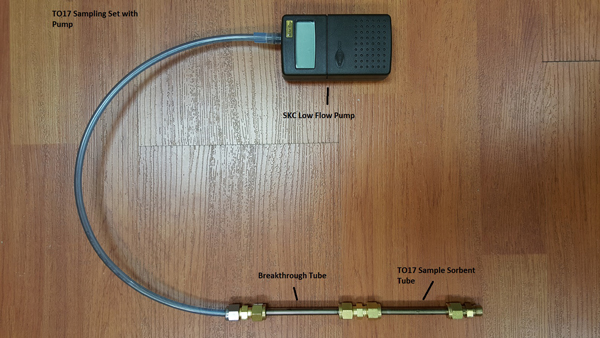 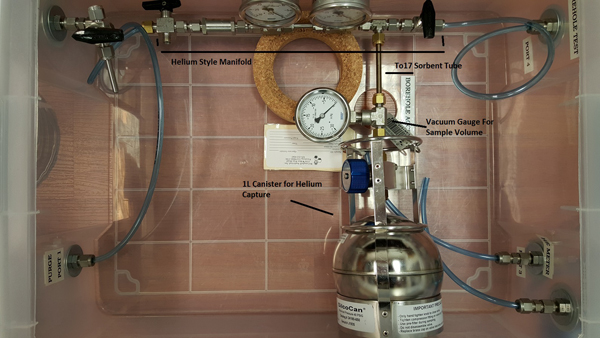 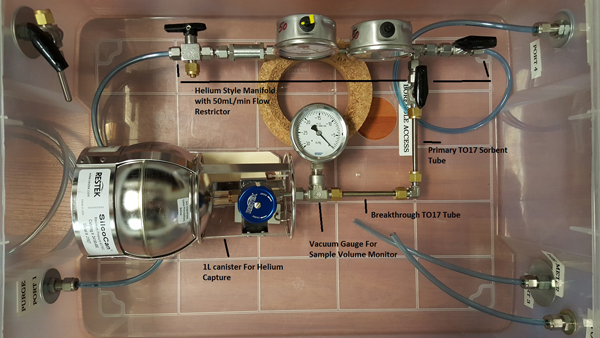 The purpose of soil vapor testing is to determine if soil gas from the vadose zone could pose a danger to indoor air quality through vapor intrusion into, for example, a basement. Often, soil gas investigations are coupled with soil sample & ground water testing. The nature & history of the site guide the regulating agency in determining which compounds are tested. Four examples are given by the document:

Vapor intrusion is evaluated when the volatile & toxic chemicals are present in the subsurface that could pose a vapor intrusion risk to proximal existing or future buildings. Soil gas samples are collected to delineate the lateral & vertical extent of subsurface contamination. Open areas at an impacted site are sampled first, & if data trends warrant, sampling progresses towards existing or proposed structures, ultimately as close as possible to their foundations. Characterization should continue until VOCs are "non-detect". Covered areas, such as beneath a paved lot, may be sampled to provide knowledge of VOC accumulation under an impermeable barrier. 100' is considered a safe distance between a building & a contaminant plume. Contaminant vapor is assumed to move at a rate of 25'/year. This allows one to evaluate whether a plume at location x is increasing or decreasing in concentration or in a steady state. In addition, odors, physiological effects on building inhabitants, wet basements & explosive vapors are reasons for conducting indoor air evaluations. 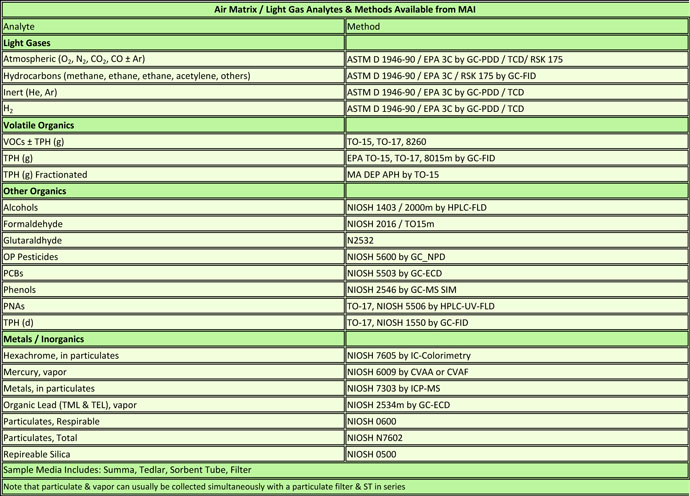 With over 30 years of combined experience in the field of aquatic toxicology, our staff has collaborated on the best way to streamline the process of aquatic toxicity testing and developed a product which allows us to eliminate the amount of staff time spent on each test. This increase in overall efficiency allows us to reduce test costs and pass these savings along to our clients. 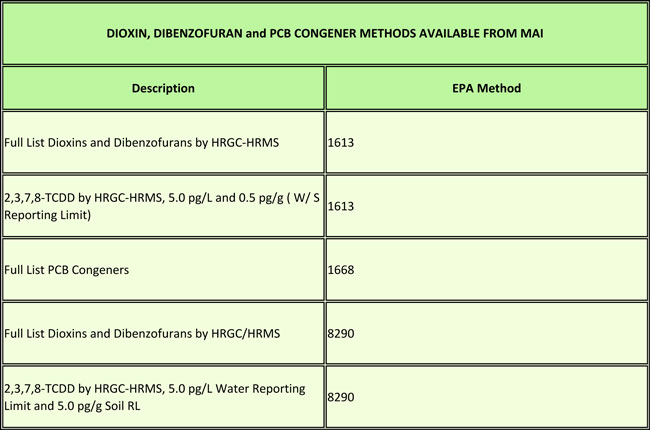 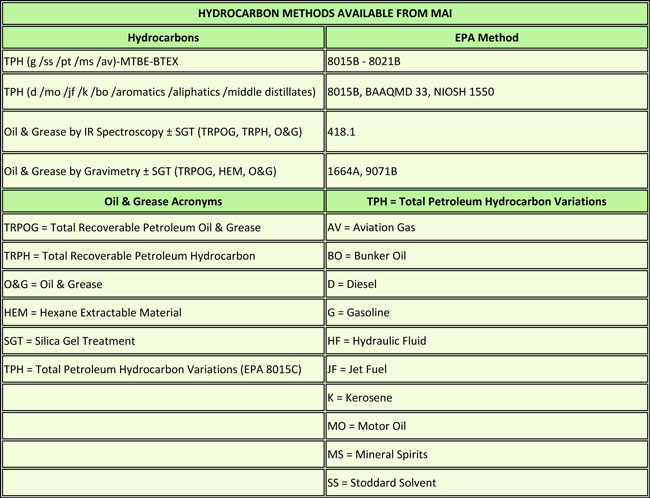 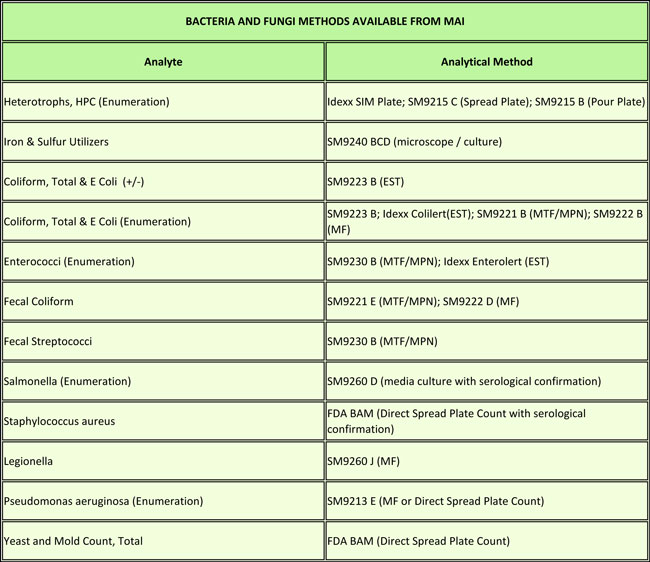 ACIDIC HERBICIDES and OTHER PESTICIDES 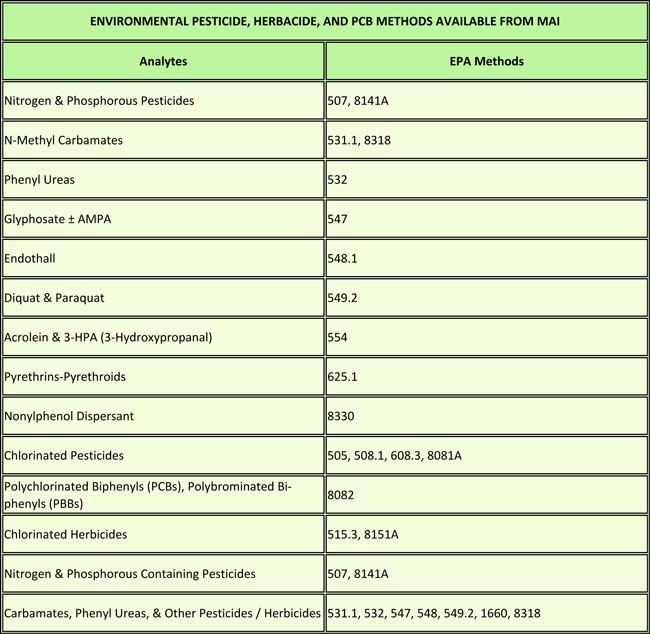 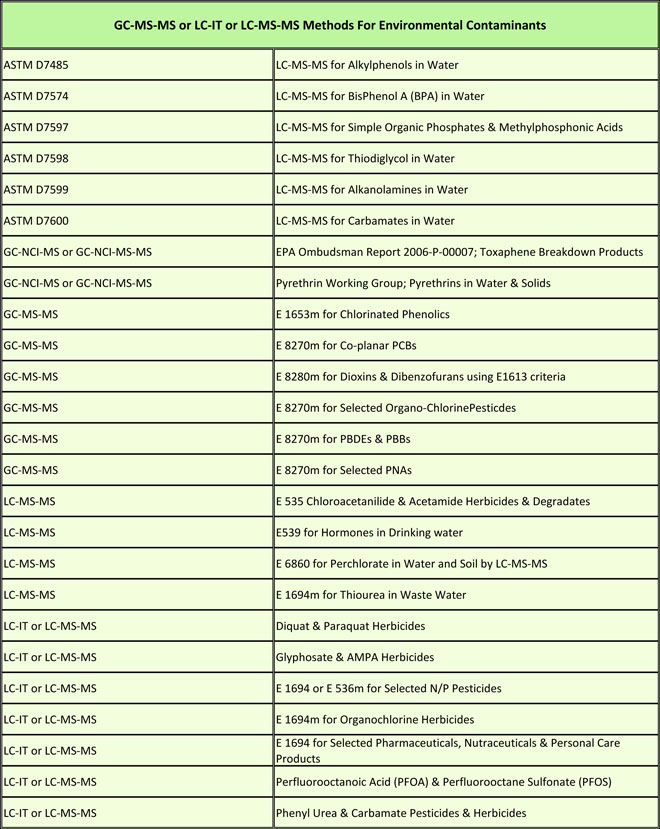 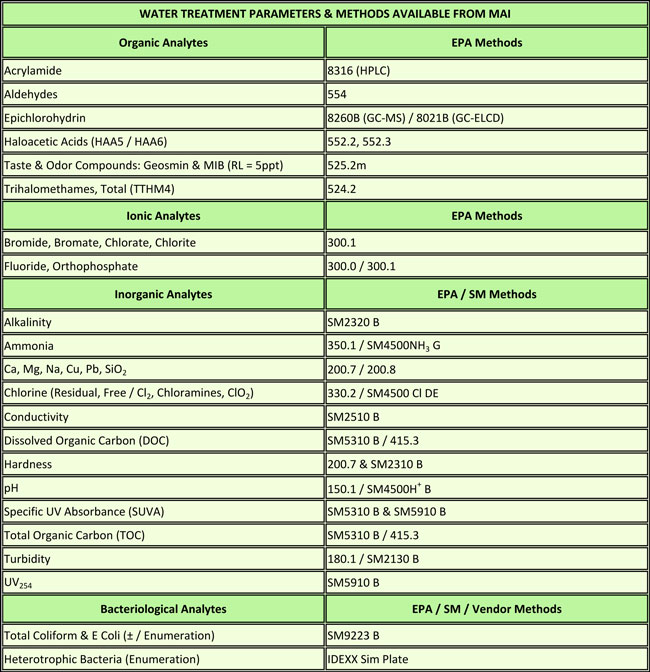 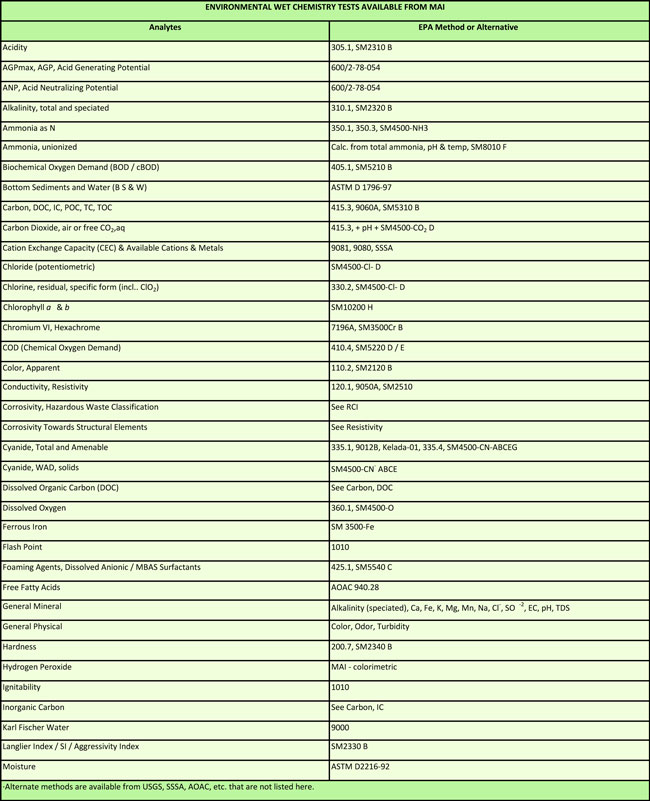 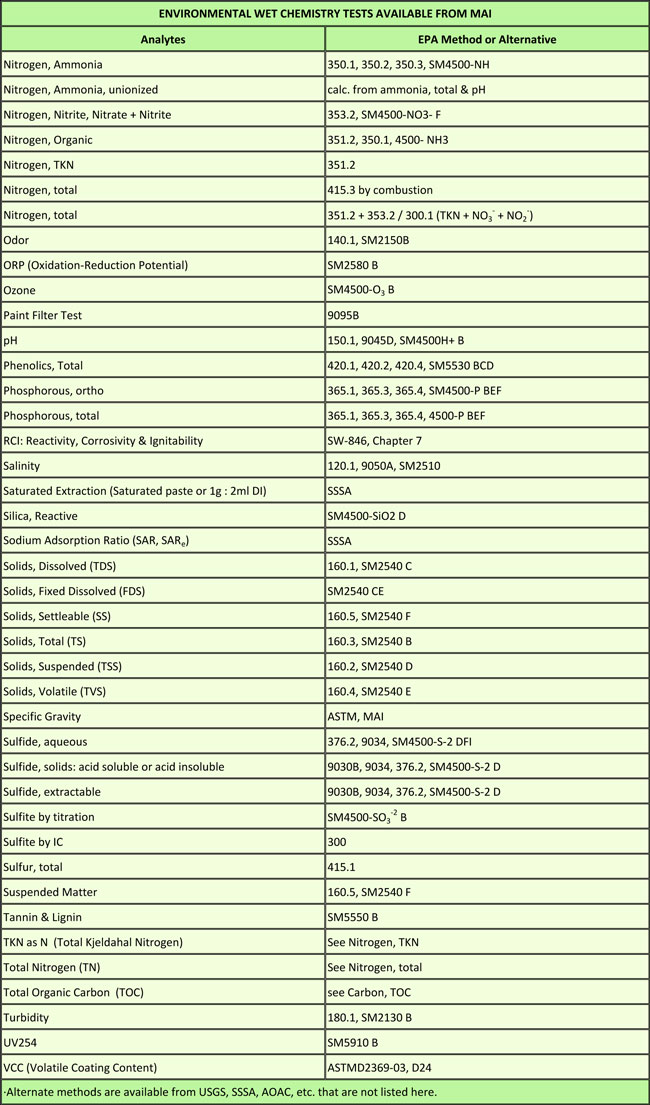 We offer additional services, such as R&D, ORC Bench Studies as well as Preparative Clean Up. If you don't see what you are looking for, give us a call.